Think about your goals for monarchs

There was an inquiry from Christine in PA in the Dplex forum through Monarch Watch to encourage monarch enthusiasts to rear 200+ monarchs in order to increase the population. I privately emailed her back that home-rearing to improve the population is not a feat that's possible; it would take 100,000 households to rear 100 successful monarchs just to get 1M and even Chip Taylor has stated this is not the goal, but to return available land to habitat.

The below response to Christine's message is from Dr. Chip's right hand , Angie Babbitt. We Conservation Specialists have deep respect for her as she's shown herself to be an educated and devoted person for monarch conservation. In the passage below, there are bullet points that are just the 'bomb'

Rearing monarchs for fun and education is not discouraged; to each his own. But restoring habitat as I'm seeing thru Monarch Research Project's plans (1000 Acres & 1000 Miles) is certifiably encouraged!!

Every way we can educate and reinforce the messages we know to be true is bound to help. It may be discouraging to some to think that rearing monarchs is helping but if we can gently guide their energies to more productive methods (these bullet points), the monarch community will thrive.

Warm wishes for a Happy New Year to you all! - Debbie 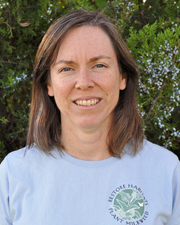 Christine,
Thanks so much for your passion and your dedication to bring back the monarchs.  We are all working for a common cause, and that is to create a world where monarch populations and their miraculous migration can be sustained in the long term.  At Monarch Watch, we aren’t concerned that the monarch will be going extinct any time soon.  We are more concerned about extirpation – which is the localized elimination of monarchs, and the accompanying loss of the phenomenon of migratory patterns.

Dr. Karen Oberhauser asked that I take a moment to respond to you.  I can’t speak directly for Karen, but Chip and I agree with her public statements:  rearing monarchs is enjoyable and is a wonderful way to connect with an insect that is in need of conservation, but rearing monarchs is not a conservation measure.  Monarch Watch does not discourage people from rearing monarchs, nor does Karen.  We also enjoy the process and appreciate that we may have kept some monarchs from being consumed by predators or parasites.

However, rearing monarchs in large numbers can be problematic for the individuals because they are not exposed to 100% natural elements.  This is true of any animal that is raised in captivity, especially in large numbers.  Specific diseases that are normally flushed out by natural systems are prevalent in captive-bred or raised populations.

One thing that isn’t often mentioned in these discussions is that monarchs produce large numbers of young which increases the prevalence of genetic changes, some of which are deleterious.  Genetic mutations are higher in organisms that reproduce quickly and in large numbers.  Think of the mutations that occur in organisms such as bacteria, which is how we end up with antibiotic-resistant bacterial infections.  Monarchs are much slower at reproducing than bacteria, but much faster than mammals.

You are right that there is a sense of urgency, and that monarch numbers may dip down below a threshold that may be difficult from which to recover.  Rearing hundreds of monarchs as an individual is not the solution to this problem, and multiplying that times many individuals is potentially making the problem worse.

The “All Hands on Deck” approach does not include the home-rearing ingredient.  It can be a grass-roots effort, however.  I would encourage you to consider shifting some of your energy into other solutions that deploy the All Hands on Deck approach. This is not a fully comprehensive list, as there are many other options available:

** Demand that rights-of-way are converted to pollinator habitat in a way that doesn’t have a negative impact on human health and safety.  You pay for these services, so you should have a say in how the land is managed.  This includes roadsides and utility easements. Back up your requests with information from:  http://rightofway.erc.uic.edu/

** Petition your city commission to adopt policies that allow for the native plantings in yards. Back up your requests with information from the MJV Resources pages.

** Ask your municipality what chemicals they are using to control for pest insects, and find out if they are spraying for mosquitos rather than educating the public, encouraging larvicide (mosquito dunks) and standing water removal preventatives. If the municipality is using pyrethrin-based chemicals only, and repeatedly, they are not effectively controlling for mosquitos, but they are controlling for a lot of non-target insects.

** Lead a book club that explores books such as Bringing Nature Home by Douglas Tallamy.

** Encourage friends and family to consume locally-produced food, and try your best to do the same.  This cuts down on the energy that is needed to produce the food and also supports small farms.

** Do your best to drive less.

** Support businesses that have lower carbon emissions and are working on climate change solutions.

For those DPLEX readers who didn’t see this webinar, we invite you to watch it.
https://monarchjointventure.org/resources/monarch-webinar-series/research-reports-from-the-field-monarch-biology-and-rearing

I know that you feel like you are doing a good thing by raising multitudes of monarchs.  We all would like to believe that is a solution, but unfortunately, it falls short.

All the best to you this year.

Posted by Monarchs in Eastern Iowa at 11:47 AM No comments:

Keep your eye out


We are nearing peak migration, which is mid-September, for monarch butterflies traveling south through Iowa toward Mexico.  Monarch butterflies only migrate during the day. They come down at night and gather in clusters. A cluster of butterflies is called a roost or a bivouac.

There have been several roosts of monarch butterflies posted in our group.

- At the Monona Butterfly Gardens in Monona, Iowa, Clayton County.

100s of monarchs were seen in a field that was being mowed in Ames, IA

9/14 - hundreds of monarchs observed in a roost in Pella, IA

Keep your eye out for monarch butterfly roosts in the early evening. You might get lucky!

Posted by Monarchs in Eastern Iowa at 9:29 AM No comments:

Monarch butterflies are back in Iowa and our members are HAPPY to return to their routine of finding eggs and raising caterpillars into mature monarch butterflies. Many members have also increased their plantings of milkweed and native pollinator plants and are happy to start seeing the blooms.

Now is a good time to review the "best practices" for raising monarchs to be healthy and strong.

The migration to Mexico is a strong selective force.
It eliminates the weak ... those with diseases ... the undersized ,,, and those with genetic and other deficiencies.

It also eliminates those that have not received the environmental cues that properly trigger diapause and the orientation and directional flight characteristics of the migration.

1. Rear larvae under the most natural conditions possible.
"In other words, rearing outdoors, on porches, in pole barns, open garages, etc., would likely produce better results than rearing in an air–conditioned kitchen, spare bedroom or similar space."

2. Provide an abundance of living or fresh–picked and sanitized foliage to larvae.  ..."raising the monarchs on living plants–potted or in the ground–is likely to produce the largest monarchs, provided that the monarch larvae have an abundance of foliage to feed on at all times. Cut foliage in the form of leaves also works well, but the leaves have to be fresh and abundant relative to the numbers of larvae in each container."

3. Provide clean rearing conditions.
... Containers should be cleaned each day once the larvae reach the 4th instar.
... Foliage should be sanitized.

"To avoid passing the monarch disease Ophryocystis elektroscirrha (O.e. or OE) from outdoor monarchs to reared monarchs, both the living and cut foliage can be sanitized using a 10% bleach solution with a drop or two of liquid soap added. After soaking in the bleach solution for two minutes, the leaves should be rinsed thoroughly with clean water and patted dry before being fed to larvae."

"Living plants can be sprayed with the bleach solution and then rinsed. If you are using cut stems with leaves intact, they can be cleaned the same way. In that case, be sure to cut the stems under warm water before placing them in vases, etc. The warm water keeps the latex vesicles from closing down the transport of water to the leaves. Cut stems work to feed larvae, but they can go limp and be less suitable as a food source than cut leaves."

4. Plan the rearing so that the newly–emerged monarchs can be tagged early in the migratory season (10 days before to 10 days after the expected date of arrival of the leading edge of the migration in your area. [MEI NOTE: The leading edge in Iowa is around September 8th, so that would mean tagging August 30 through September 18th.]

5. Tag the butterflies once the wings have hardened and release them the day after emergence if possible.

Also, read and learn about "Monarch Annual Cycle: Migrations and the number of generations", a blog post from Chip Taylor of Monarch Watch.
Posted by Monarchs in Eastern Iowa at 6:18 PM No comments:

Not long ago, monarch butterflies could often be seen in Iowa. They are disappearing because of the lack of habitat and an essential food source - milkweed. YOU can help make a difference!

Most important ... PLANT MILKWEED. It is the ONLY thing that Monarch caterpillars can eat. Also plant other plants native to your region for monarchs to nectar on -- and avoid using herbicides & pesticides of any kind.

Please explore our website for resources that you can use to help make Iowa a more hospitable place for Monarchs on their way north, and on their way back to Mexico in the fall.
If you are from the eastern Iowa region and wish to join our Facebook group "Monarchs in Eastern Iowa" CLICK HERE for information. 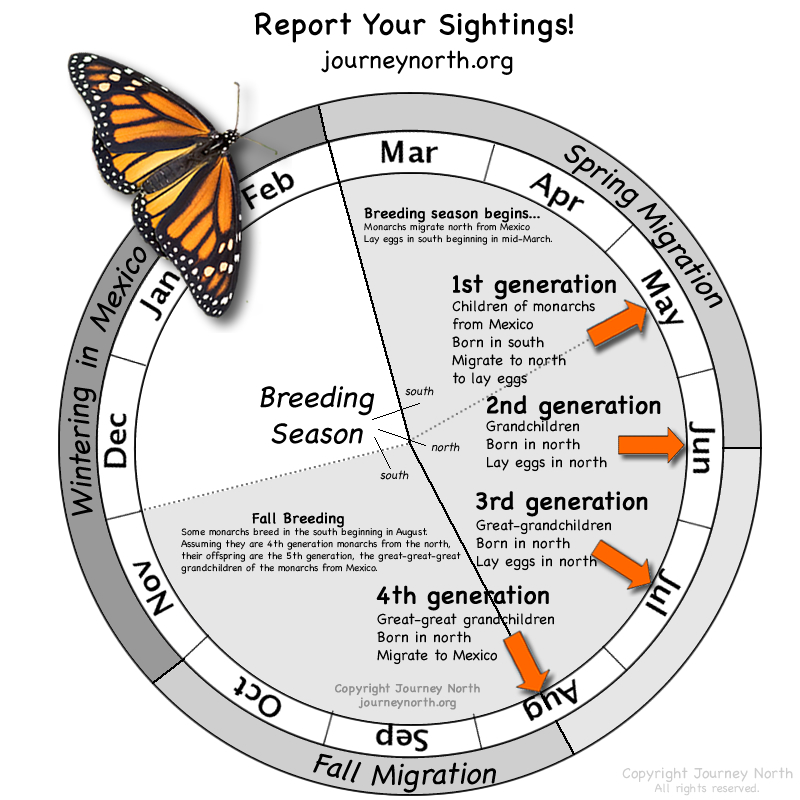 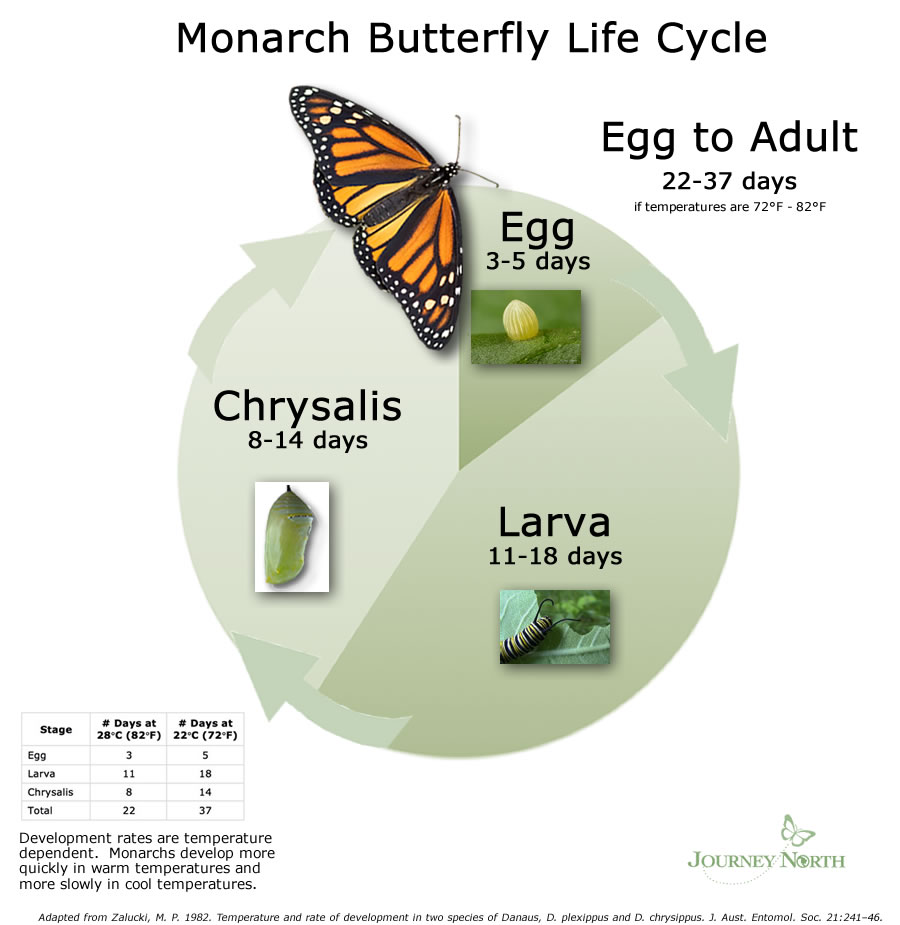